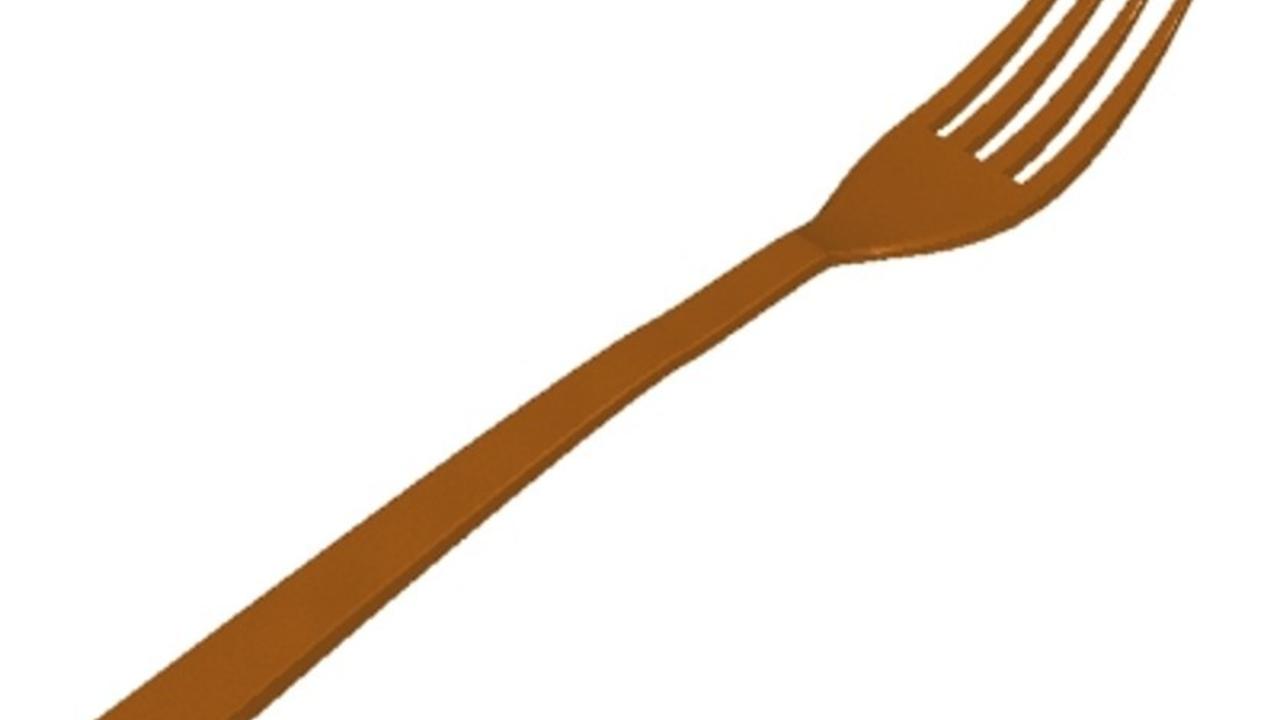 Sounds preposterous, but researchers from the University of Utah claim size does matter, and we can eat less but enjoy it more if we switch to a bigger fork.

I am not making this up.  In brief, U of U marketing professors Arul and Himanshu Mishra did a field study at an Italian restaurant in the southwest. Servers randomly provided diners with either extra-large forks or extra-small forks.  The big one was 20 percent larger than normal, the small one 20 percent smaller, and a pretest had shown neither fork was considered “effortful” for eating.

The team discovered customers given the big forks ate less and left more food behind. This finding was unexpected, given the fact that a lot of research has been cooked up over the years correlating larger portion sizes with larger intake.

So why might fork size matter?    The way I’d put it is, the “little forkers” ate more because the little bits didn’t seem to add up quickly enough to feel like a good meal.

The Mishras, however, have more to say about it.    Much more.    “Research on motivation suggests that when people have a well-defined motive or goal, then the goal-effort link becomes very salient and easy to execute. People are willing to invest greater resources and effort to achieve the goal, since the well-defined goal increases the incentive value of achieving it. In our consumption context, we observe that diners visit the restaurant with a well-defined goal of satiating their hunger, and, because of this well-defined goal, they are willing to invest effort and resources to satiate their hunger . . .”

“The fork size provides the diners with a means to observe their goal progress .  .  . When you eat with a larger fork, it visually appears that you are making measurable progress in attaining that goal and you’ll stop eating sooner. Using a smaller fork doesn’t give that same visual indication and, as such, diners will end up eating more.   The physiological feedback of feeling full, or the satiation signal, comes with a time lag. Hence, in the absence of physiological feedback, diners focus on the visual cue of whether they are making any dent in the amount of food on their plates to assess goal progress.  The smaller fork (compared to the larger fork) appears to provide less satisfactory goal progress; that is, diners feel they are not making much of dent in consuming their food and, hence, satisfying their hunger.  This, in turn, focuses diners to put in more effort (e.g., more forkfuls) toward satiating their hunger. As a result, diners with smaller forks consume more food than those using larger forks . .  . ”

Until then, what do I think?    Forget about the size of your fork and pay attention to what’s on it!